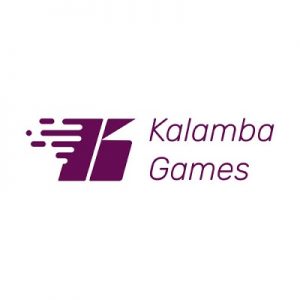 Kalamba Gaming is a young casino software company specializing in the production of the best 3D online slots. The company was founded in 2016 and is based in Malta and Kraków. What is special about the Kalamba slots are the new and ingeniously designed features that provide plenty of fun for thousands of players every day.
Most of the slot machines also have a progressive in-game jackpot. All slot machines are available on mobile phones and can also be played in a fun version for free. The best Kalamba gaming online casinos and games can be found here at a glance.

Kalamba Games is a new provider of online casino software that has built a small collection of slot machines. Since its inception in 2016, the company has seen both its team and game selection grow slowly and partnerships that have allowed it to distribute its software to as many websites and players as possible.

Kalamba built its studio from the ground up with an experienced team that strives to adhere to certain principles. Their goal is to build innovative and engaging slot machines while developing rewarding long-term partnerships that pass on their offerings to online gambling sites. Although the company has not yet built a huge library of titles, its early offerings are interesting and fun additions to any casino.

Kalamba Games is an international developer of online casino software based in Malta and Kraków, Poland. The company was founded in 2016 by two men with extensive experience in the gaming industry. CEO Steve Cutler was previously COO of GameDesire and head of Unibet’s poker department, while COO Alex Cohen was head of game design at Quickspin and a senior game designer for IGT. It is also worth mentioning that they are supported financially by Vereeni & RB Capital.

Kalamba, a small private company with fewer than 50 employees, has built its team by finding experienced players who can help them develop next-generation games. In order for their slots to be equally attractive to both operators and players, one of their biggest selling points is their ability to increase engagement through their machines. This happens not only through the creation of entertaining content but also through the direct integration of advertising offers in their games.

One of the most important partnerships that Kalamba has developed so far is the agreement with ORYX Gaming. This agreement, signed in May 2017, allows Kalamba Games to provide titles for the ORYX gaming platform that aggregate content from a number of small, independent software providers. The agreement helped Kalamba overcome one of the biggest obstacles to a new studio: finding a distribution network that could instantly bring their games to the players so they could build a reputation. The studio has also recently partnered with the Relax Gaming Group with the goal of offering a wide range of games across multiple operators and the Silverbullet platform.

At the moment the collection of Kalamba games is rather limited. They only offer 46 titles, which is a big expense for a company that has been in business for a few years. However, each of these devices is unique in terms of gameplay and theme, and the sharp graphics and tight functionality make it clear that they are high-quality creations.

These unique games are sure to catch your eye when you see them in online casinos. For example, there is Dyno Odyssey, a five-reel, 50 line machine with free spins feature that can be played instantly or delayed to eventually be played with up to three locked wild reels.

Another interesting game is Fire Eagle, which has a six-reel layout with 60 paylines. This game shows how Kalamba can incorporate promotions into their games using the “Mission” system, allowing players to choose from easier bronze missions or more difficult board-level tasks that are accomplished by collecting symbols throughout the game.

Simpler options are also available. Double Joker is a classic three-reel system with the fruits, the bar and the seven symbols that players have loved for generations. But there are also modern accents, with 10 paylines, joker respins and the opportunity to enjoy the mission mechanism here too.

We are always happy to have a new software developer who wants to go high, and Kalamba Games certainly fits this description. This company doesn’t just produce mediocre titles to build a library with a few glimpses of light. Instead, they focus on developing each title to ensure that everything they publish is high quality and innovative so that every slot stands out from the crowd.

Even if you may not have heard of Kalamba, we expect that to change soon. They have appeared twice at ICE Totally Gaming, with Fire Eagle being shortlisted at the 2018 conference as “Game to Watch”. And although their game selection is still small at the moment, they already have some more titles in the works, and their production rate should increase as they hire more developers on their team.

At the moment there is not enough to suggest that you should make an effort to choose casinos that offer these games. But don’t be mistaken: these are high-quality slot machines with innovative features that are worth checking out the next time you visit a website that uses the ORYX gaming platform.

Betandslots
We use cookies to ensure that we give you the best experience on our website. If you continue to use this site we will assume that you are happy with it.OkPrivacy policy