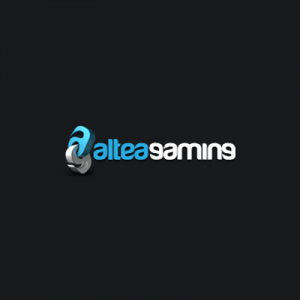 Tailor-made design, an impressive range of games, bright colours and lots of variety – Altea Gaming is a really innovative game developer. Altea Gaming originally comes from Belgrade but has quickly developed into a global software developer.

In addition to the headquarters in Belgrade, Altea Gaming also works in Austria, Germany, Romania, Italy, Malta and the USA. Altea Gaming is a subsidiary of the Alteatec Group, which in turn has been active worldwide as an IT software manufacturer since 2001.

Alteatec was founded in Austria and since then has offered a variety of different gaming platforms and software implementations. The portfolio includes, for example, slot machines, roulette, lottery and scratch cards as well as casino management systems. The wide range shows the expertise that Alteatec requires when developing new products.

Altea Gaming relies on a wide range of games while acting less on the mass of games. The game software manufacturer is primarily concerned with very good games, which is why the quantity is not decisive here.

Altea Gaming currently has more than 18 slots in its range, including both classic and modern video slots. The manufacturer does not act on as many paylines as possible per slot machine, but rather relies on an average coverage of paylines.

Altea Gaming also has more than ten scratch card and lottery games – the product range is supposed to expand here continuously. To achieve this, the manufacturer relies on a young, growing team of innovative developers and creative ideas.

Thanks to responsive design, all games can be played via the desktop as well as all mobile devices without sacrificing quality. Altea Gaming also uses both HTML5 and Flash, which guarantees compatibility for a wide range of operating systems.

At the same time, the manufacturer is committed to adapting all games to all possible requirements in the shortest possible time. This means you don’t have to worry that one of the games may no longer work due to technical developments. Altea Gaming not only moves with the times, but is usually already way ahead.

Both beginners and advanced players are of course best served with the slots. But the scratch cards, also called scratch games, are also worth a look. These are of course very simple, but definitely make you happy. Colourful graphics and fun animations bring entertaining fun for everyone!

But it doesn’t just have to be colourful and gaudy! Because Altea Gaming also has a few pirate themes in stock that bring variety. And with “Witch’s Night” there is also something for real Halloween fans!

Gransino
4.7 rating
Welcome Bonus - 100% Up To €500 & Free Spins
18+ Gamble Responsibly
Claim Now
T&Cs Apply
Available To All Registered Players. Minimum Deposit Is €20 or Equivalent Currency.
Online Slots, Casinos and betting guides with the best sign up bonuses to select your online gambling sites and play with real money 👑🎰
18+
© Copyright 2021 Betandslots       Privacy Policy       Terms and Policies       Contact Us       About Us