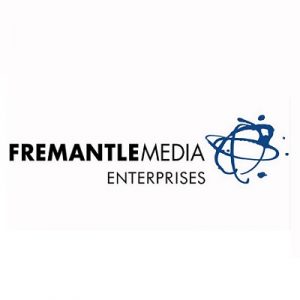 If FremantleMedia says nothing right away, you can try Bertelsmann! Because FremantleMedia is a subsidiary of the RTL Group, which in turn belongs to Bertelsmann. The subsidiary is more intended for content production and is also launching some online games. It has also been known as a game developer since 2008 and transfers the RTL Group’s successful TV shows to a wide variety of online game themes.

Even if you are dealing with a huge company that is pulling the strings in the background, relatively little is known about the gaming area of FremantleMedia. One reason for this is that the online gaming area is only a side business. The main focus of the company is on content productions for TV and Co.

The gaming area was initiated in 2008, and the successful establishment of its own gaming division was officially announced in 2013. The company is concerned with not being left behind in the rapidly developing online market. So money is invested in the development of innovative game ideas to expand the spheres of activity even further.

But don’t worry, of course, more has happened in the span of five years. FremantleMedia, for example, has teamed up with the developers of INTENIUM Console and designed a game that is accessible for iPod and iPhone. The game is called Merlin and is based on the BBC family drama of the same name. It is an RPG that is controlled via the touch function of the Apple devices.

In addition to the Merlin already mentioned, FremantleMedia has of course also produced other games. These include, for example, arcade games, online games and slot machines. These are hosted and developed by the FremantleMedia Enterprises division. This shows that FremantleMedia and RTL have created a number of subsidiaries so that games from the gaming sector can be marketed accordingly.

You should know the following slot machine games and definitely try them out as soon as you have the opportunity:

Blockbusters: The slot machine is constructed differently than is commonly known. With hexagonal fields in which letters are represented, you have to spin to turn real words. The concept is based on the TV show of the same name.

Robocop: This is also an adaptation of a TV series. Robocop itself probably doesn’t need an explanation anymore, actually, everyone has seen the series or one of the movies. The slot uses the original soundtrack, also uses some icons that are known from the series. In addition, sound effects are always brought in, which take you back in time to Robocop and Co. Really a highlight for game freaks and film nerds.

X-Factor: One of these casting shows, where there was not so much embarrassment, was X-Factor. The slot works with well-known symbols from the TV show so that you can put yourself in the realm of “musicians against jury”.

FremantleMedia is not necessarily the technical implementation. It has more to do with the fact that you can offer some slot themes as the only company because you are the licenser for the themes yourself. The fact that FremantleMedia RTL, or Bertelsmann, is located behind it gives you some slots that no other provider has in the portfolio.