Benfica is chasing Porto and the Primeira Liga championship. The Eagles from Lisbon are visiting Maritimo. Can they stay on a winning course? Here is our free tip!

Will Benfica win the 5th consecutive duel against Maritimo? On Matchday 29 of the Primeira Liga, Maritimo Madeira and Benfica Lisbon face off, as well Pacos de Ferreira and FC Porto. The Dragons from Porto are three points ahead of The Eagles from Lisbon and the battle for the title it’s going to be tough in the last six games. Here is our Maritimo – Benfica tip.

The hosts could only get 1 win from the last 7 league games, but had to give up only one of the most recent 4 home games. However, the guests are the big favorites because they have lost only one of their last 23 away games in the league and were able to win 5 of the last 6 clashes. The ninth of the home table will host the best away team in the league at Maritimo’s Estádio dos Barreiros.

Maritimo faces the first relegation from Liga NOS in 35 years. The team of coach José Gomes could only get one win from the recent seven league games, with one draw and five losses. After the restart of the championship, the islanders took a home win against Gil Vicente, a draw against Setubal and had to give up the guest appearances in Porto and at Portimonense.

The defeat on the last match day was the 12th defeat of the season in the 28th league game of the season after only six wins and ten draws and the Funchal club is currently only on the last non-relegation place 16, four points above the line. This home game will be difficult because Maritimo has not won the last six H2H with Benfica and had to give up four times in a row.

Maritimo has been unbeaten in the last two home games of the NOS league and has only surrendered once in the recent four home games with two wins and one draw. In four home games this season, four successes with four defeats and six draws emerged and the club currently ranks 9th in the home table.

Can Benfica keep a clean sheet?

Benfica Lisbon experienced a bitter disappointment in the fight for the championship title on the last day of the Liga NOS. The team of coach Bruno Lage had to give up 3-4 as a big favorite in their own stadium against Santa Clara. It was only the 4th defeat of the season after 20 successes and four draws. The record champion is now three points behind the biggest rival for the championship, Porto. The Eagles threaten to miss the title defense and thus the 38th title win.

In the Madeira visit, Benfica is clearly favored. Benfica won five of the last eight away matches. In the last four meetings and in four of the last eight meetings in Funchal, the guest of this game has not conceded a goal. Nevertheless, there were more than 2.5 goals in seven of the last nine direct comparisons.

Benfica has remained in the recent four away games of the Primeira Liga with two wins and a draw without defeat. Against their great rival Porto is the only away defeat in their last 23 guest appearances. During this season Benfica won 11 games and two draws in 14 away games. This makes the Lisbon club the best away team in Portugal. The best offensive team in the league scored two or more goals in the last three league games, on average there are very good 2.0 goals per guest appearance with just 0.79 goals conceded.

Also Benfica has scored goals in all previous away games this season. The club also provides the 2nd best line of defense, which allows no goals in half of the away games and thus wins every 2nd guest game to zero. Both teams only score in half of the Benfica away games. Moreover the Eagles score in almost a third of the guest appearances in both halves. 61% of the team scored the first goal of the game, 46% led to the break.

Stats for the Maritimo – Benfica tip

According to our prediction, the odds for the away win can still be taken away quite well, but the betting odds will still fall. You can increase the odds betting on Benfica to win from the half time. You should also see more than 2.5 goals. Risk takers can tap the away win to zero. But are basic play is Benfica to win.

Bet of the day

Within our extensive betting guides you can find various strategies that a player can follow in order to increase his winning chances. Never forget that the most important detail, is to have studied the… details of every match you are going to bet. Especially if you are willing to follow the specific match and include live betting in your menu!

Don’t forget to check the odds at our selected bookmakers and the best bookmakers! BetandSlots can be your perfect guide in online entertainment.

Place your bet of the day 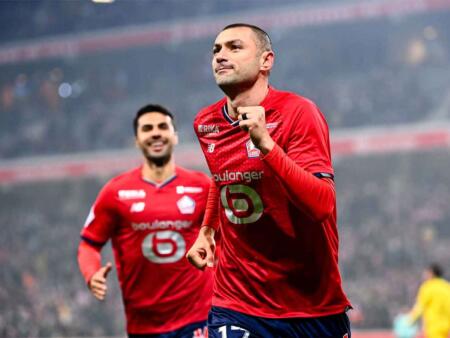