Bet of the day Premier League
Premier League (12/7): Tottenham – Arsenal tip
The northern London derby is also a battle for a ticket for next year's international competitions.
Read more »

Bet of the day Premier League
Premier League (2/7): Manchester City – Liverpool tip
It could be a title-decider derby, but Liverpool managed to crown themselves Champions just a week before. So ...
Read more »

Bet of the day Premier League
Premier League (1/7): Everton – Leicester tip
Leicester is in great shape and holds a Champions League ticket. With Chelsea and Manchester United on their ...
Read more »

Bet of the day Premier League
Bet of the day (24/7): Wolves – Bournemouth tip
On Wednesday evening, Wolverhampton will host Bournemouth at Molineux Stadium. There are totally different situations for the two ...
Read more » 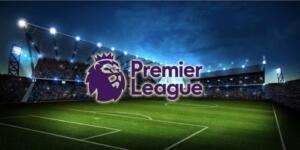 Welcome to the home of the English Premier League analysis, strategies and predictions. Our Betandslots expert tipsters do all the hard work for you to enjoy daily predictions and tips. You will find how to bet on Premier League matches having your winning odds elevated. We analyse the team and player statistics, their form and every trend in order to give you the best tips. Everything deeply and in detail analyzed.

If you are searching for the best free betting tips, you’re in safe hands. Our English football experts analyze every possible detail before selecting their tips, while checking the bookmaker odds. It’s hard to get better and more accurate information!

Premier League has become the absolute top league in European club football in recent years consisting of 6-7 powerful brands. During the last 20 years Premiership has made a huge improvement in quality. In addition, the league in the Home of Football is linked to decades of tradition and history. The beginnings of the league go back to 1888. As in many other leagues in Europe, there are usually a handful of teams that fight for the title every year. Eternal favorites like record champions Manchester United or Chelsea are among the contenders for the title while Manchester City and Liverpool have managed to dominate the last 3 years.

Who has won the most Premier League titles?

Since 1992 when the Premier League was established the most titles have been won by Manchester United (13). The Red Devils are followed by Chelsea (5) and Manchester City (4). Man Utd is also the title record winner in the entire history of the English top football league with 20 league titles to their name. Liverpool have reached 19 during 2019-20, while Arsenal have picked up 13 titles.

Suggestions for the winning strategy

The field of top teams is tightly packed (including Arsenal and Tottenham), but there are always teams that can cause surprises such as Leicester, Wolves or even Sheffield United. Again and again we have seen the giants of the league being defeated by teams from the lower third of the table. A variety of traditional rivalries and derbies often lead to unexpected results.

What strategies can be successful in the Premier League?

There are several betting strategies available for the English Premier League. Since there are comparatively many goals scored in the Premiership -an average of 2.8 goals- a strategy with over/under betting can lead to success. Betting on over 2.5 goals is therefore advisable. The venue is also often decisive in the Premier League. Last season, 47.6% of the hosts won. With a strategy of betting on home teams, you can also be successful. With the right tactics, you can also bet on favorites and outsiders. The Premier League is very balanced in the upper table area, but there are always promoters and other outsiders who cause surprises.

In the Premier League, the average is 2.8 goals per game, but that doesn’t mean that every game will achieve this average. In the past 5 years, the number of games in which more than 2.5 goals were scored was just over 50% each. The high goal average is mainly due to the sometimes very high results of individual games. In the 2019/20 season, for example, there was a 0-9, the highest away win in history.

In the 2018/19 season there were over 2.5 goals in 53.7% of the games (204) , the remaining 176 games (46.3%) remained below this value. 77 games, or 20.3%, even ended up with less than 1.5 goals. There were 22 goalless games, which corresponds to only 5.8%. These values have remained relatively constant over the past few years. It is important to know which teams are particularly dangerous and which tend to score fewer goals, then over/under strategies can be successfully used in the Premier League.

Betting on the home team

Football is much more than just a game in England, it is part of everyday life, passion and attitude to life. The fans of the Premier League clubs are loyal souls who are always behind their team. That is why the venue in the Premier League plays an important role. On average, around 47% of the home team wins in the Premier League. Only around 29% of all games the guests can decide for themselves and only 24% of the games end in a tie. You can pursue a lucrative strategy by betting on home teams. Besides, there are some clubs that are almost unbeatable in front of their audiences.

Favorites: Of course there are eternal favorites in the Premier League, which can be found in the top ranks every season and fight for the championship title or the Champions League places. Teams like Man Utd, Manchester City, Liverpool, Chelsea, are among the contenders for the title every year, even Tottenham or Arsenal. Since bets on clear favorites are logically rewarded with very low odds , favorite tips can be of particular interest for system or combination bets. A combination of favorite bets and over/under strategies can also be successful.

Outsiders: The outsiders can usually be called the promoters from the English Football Championship to the top division and those teams that are on better form each period. With a bit of skill, you can make big profits with outsiders betting strategies. Especially during the Champions League or Europa League, the favorites often struggle with double matches and failures, so a tip on an outsider can be a good strategy.

Also there are teams like Burnley, Watford, Crystal Palace, Norwich, West Ham, Newcastle, Everton, Aston Villa, Brighton, Bournemouth and Southampton that can provoke some pretty nice upsets from time to time during the season.

You will find a great range of different tips to bet on the Premier League matches. Here you can check the full range of free football tips and predictions: