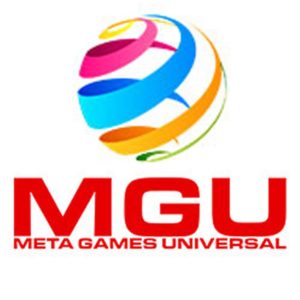 Meta Games Universal Ltd (MGU) is a brand new and fresh name (since 2018) for all casino players. However, the company is a proven developer in the area of casino games and related technologies.

MetaGU was founded by Owen Cullum and Tobias Selwood.

Owen was previously the US development manager at Cyberview Technology. He also led the team that developed Cyberview’s server-based downloadable platform, which was the first downloadable gaming system approved by Gaming Laboratories International, Inc. (GLI) for use in US domestic Class III casinos. In addition, the system was awarded a first-place for Best Productivity-Enhancement Technology at the Global Gaming Business Gaming and Technology awards and received the Gold Award for product innovation in Ascend Media’s top 3 Most Innovative Gaming Technology Products competition.

Selwood was previously a software team leader at Cyberview Technology. Tobias was responsible for video terminal development and played a leading role in the development of Cyberview’s new generation server-based downloadable terminals.

It owns patented technologies and has worked behind the scenes for many years with established large casino companies such as IGT, Inspired Gaming, Fremantle, Evolution Gaming and Openbet etc. Most British online players have already played games developed by Meta Games Universal without knowing who is actually behind them.

But now the time has come when Meta Games Universal (MGU) produces its own series of international games and tries to make its own place and name, in the affection and favour of the players. MetaGU produces games in over 20 different languages with a focus on innovation and production quality.

Meta Games Universal (MGU) is based in the UK, at the London roundabout, and is licensed by the UK Gambling Commission and the Alderney Gambling Control Commission.

The company itself wants to offer good and unique slots. The individual team members do their best for this goal. In addition to the simple slot development, they are particularly proud of the HTML-5 solutions, which allow all slot machines to be played on mobile devices as well.

“Mathematics meets art” is the slogan of MetaGu. Although only six slot machines have been developed in total, it shows that they attach great importance to graphics with complex background animations and to mathematics in the form of winnings and great potential. From a thematic point of view, many different categories are already being served.

With Candy Spins, you have a 5 reel slot with 3 rows and 20 paylines. Of course, it’s all about various sweets. In addition to the 4 standard letters, a green, red and orange candy was chosen as symbols. The pink candies are wilds. If these are labelled “Super Wild”, they expand across the entire roller.

There is also a heart-shaped scatter that grants 7, 10 or 15 free spins when you get 3, 4 or 5 scatters. In the free spins, the scatter remains as sticky wilds. Otherwise, there is a Lollipop symbol that starts a pick-up bonus game when it appears three times. You win a multiple of the total bet. On the left is the candy girl, sometimes throwing a candy bomb. Symbols are then transformed at random, but a win is not guaranteed.

The stakes here range from 20 cents to € 100. A wild line would bring a maximum bet of € 5,000, a full screen with wilds would give € 100,000, which corresponds to 1,000 times the bet. The payout ratio is 96.51%. Overall, the slot machine is quite varied. The graphics are high quality and the potential is quite decent for a sticky-wild machine.

Azteca Gold focuses on Native American culture. The slot has 5 reels, 3 rows and 10 paylines. The symbols chosen were stones with pictures of frogs, roosters, turtles, snakes, warrior masks, birds and priest masks. A mask with several faces serves as the scatter. 3, 4 or 5 masks grant 10, 12 or 20 free spins. With the free spins, however, the reels do not spin, but the symbols fall from above. The winning symbols disappear and there is an avalanche effect. New symbols come from the top and the profit for a single round increases accordingly.

Cosmic Reels is a 5 reel slot with 3 rows and 10 paylines. The 4 classic letters, as well as snakes, eagles, goats, monkeys and tigers, were chosen as symbols. Everything happens in space, at least the animated stars suggest it. As game one has chosen several cosmic streams that seem to unite. Cosmic Wild is used as an inscription. The symbol only lands on the third reel, which then becomes a wild reel and triggers a respin.

On the fifth reel, Cosmic Respin symbols can appear, which grant an additional free spin, whereby the symbols also remain sticky as wild. In the end there is an extra win for the Cosmic Respins symbols. There are 10 times for two characters and 100 times for three characters. The stakes range from 10 cents to € 100. According to the description, you can win up to € 200,000, which is 2,000 times the maximum bet. The payout ratio is 96.17%.

SlotsMillion
4.0 rating
Huge Welcome Package 200% And Up To 200 Free Spins