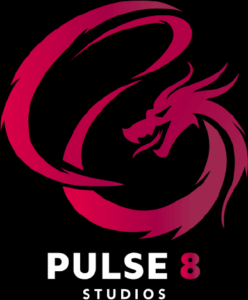 Once again, the Asian world has inspired content producers to enter the world of iGaming and implement their creative ideas. With a proven formula, Pulse 8 Studios has partnered with an influential partner and is now successfully developing video slot machines.

We introduce another brand that is gaining a foothold in the iGaming community. Pulse 8 Studios looks at the Asian theme that has been seen many times from a whole new perspective.

Strong and innovative concept. The progressive team already shows great potential, although it is brand new in the industry. The company, which operates as an independent studio, describes its philosophy as follows: Fearless, Wild, Iridescent.

The studio draws inspiration from Dragon Pulse, an Asian idea of life energy that exists and circulates within the Earth whereby the company invokes a “fearless dragon” who can spitfire. With this spirit of ascension and “a wild drive” dragon, they are ready to deliver content that is world leaders and wants to continue to search for inspiring, undiscovered, and “puzzling” topics to produce game content with which they can conquer the hearts of the audience.

The proud announcement that it will work with Microgaming is pending in connection with a rapidly growing list of partners of the industry giant. Cooperation with a large number of smaller producers has recently become common practice for the market leader. The aim of these collaborations should be to help smaller studios to quickly gain a wider range of followers. On the other hand, Microgaming is given the unique opportunity to expand its already extensive collection of games. The offer becomes more diverse and customers get innovative titles and concepts.

In addition to Pulse 8, Microgaming is currently working with: Gameburger Studios, Fortune Factory Studios, Crazy Tooth Studio, Slingshot Studios, All41Studios, Switch Studios, Triple Edge Studios, Relic Seekers and more. The cooperation has already achieved initial success in the form of the Asian-inspired game Relic Seekers Slot. The machine has a 3×5 grid with 25 paylines and thus created a unique adventure that corresponds to the preferences of various players.

The main character of the game is a brave young man who supports Professor Morgan and energetic Nora on their quest to find the hidden treasure. The slot takes place in the Huangdi era and comes with a selection of nicely designed symbols. To spice up the atmosphere a little the game has a nice soundtrack that accompanies the players on a journey through time. In addition, there are a number of great features that give the gameplay a special dynamic.

One of them is the rolling reels. They will be triggered after each winning combination and cause the symbols to explode, creating space for new ones that then move up from above. Subsequently, the symbol turn wild function is activated, which starts after several successive rolling reels and gradually converts more and more symbols into jokers. However, this game is the studio’s only title so far.

The studio has set itself the task of creating Asian-inspired content. In view of this one, you can already foresee that in any case you value details and put a lot of effort into telling stories that really have class in terms of both aesthetics and content.

Hello Casino
4.4 rating
Welcome Bonus Up To £100 & 25 Bonus Spins
18+ Gamble Responsibly
T&C Apply
Claim Now
T&Cs Apply
*18+ New players only. One bonus offer per player. Minimum deposit of £10, Max bonus bet £5 Bonus offer must be used within 30 days and bonus spins within 10 days, otherwise any unused shall be removed. Bonus spins are valid on the following games only: Gonzo's Quest, Starburst, Asgardians Stone and Bloodsuckers 2 and winnings capped at £50 Bonus funds are 100% of your first deposit up to £100, 50% of your second deposit up to £250, 50% of your third deposit up to £150 Bonus funds are separate to Cash funds, and are subject to 35 x wagering the total of bonus, cash & bonus spins. Terms Apply. BeGambleAware.org
Online Slots, Casinos and betting guides with the best sign up bonuses to select your online gambling sites and play with real money 👑🎰
18+
© Copyright 2021 Betandslots       Privacy Policy       Terms and Policies       Contact Us       About Us