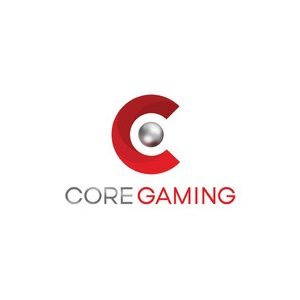 Every now and then a casino game provider will launch an award-winning innovation and take the online casino industry like a storm. CORE GAMING is on-site in this test. They have been around since 2007 but gained a lot of momentum in 2019.

One of the titles you have to try is Cashzuma and the Tomb of Wonga. This offer is a varied, Aztec slot machine game with an RTP of 96% and a unique 6×4 grid. The game is extremely popular in several markets.

Core Gaming is one of the leading companies when it comes to casino games created with HTML5. The technology is currently considered the best for such products because it offers a flawless experience on all platforms, including mobile devices.

This was one of the first developers to see this and reap the rewards of their strategy. You probably haven’t heard the name of the studio since it doesn’t release its own games. Instead, content is made available to other providers – and the list includes well-known companies such as Amaya and IGT.

Core Gaming’s supported games include slots, card and table games, video poker, and more. Their products are compatible with just about any casino platform, including Microgaming’s leading Quickfire. This is the reason why you will find the developer’s games in some of the best online casinos in the industry. In fact, you’ve probably played core gaming titles without even knowing it.

Games from this game provider have received multiple nominations, including the Innovation in Slot Provisions category at the EGR B2B Awards 2016 and the IGA8 iGaming Software Supplier of the Year for the 9th IGA nominations. The CORE GAMING game provider complies with the UK Gambling Commission and Alderney Gaming Control Commission.

Some of the best known CoreGaming gaming products are Furballs, Mandarin Orchid and Beehive Bedlam.

Then, Wager 30x For A Matched Cash Reward!

Betandslots
We use cookies to ensure that we give you the best experience on our website. If you continue to use this site we will assume that you are happy with it.OkPrivacy policy