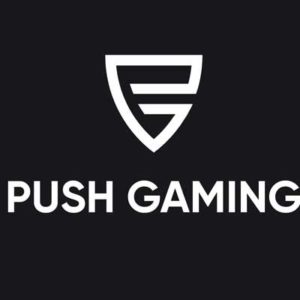 Push Gaming is a British gaming machine software developer that was only founded in 2010. After the company was founded, it took another 5 years for Push Gaming to release its first slot. Since then, they’ve specialized in developing slot machine games that are also ideal for mobile devices.

Compared to many big names in the industry, the British developer is moving ahead despite rapid developments.

As a reputable provider, Push Gaming has valid gaming licenses, which in this case come from the UK Gambling Commission in Great Britain and the Alderney Gambling Control Commission. The latter is required in order to make slots accessible to players outside the United Kingdom.

Their motto is “quality before quantity”. The software developer promises top online slots with some new features and bonus games.

Since there are not too many Push Gaming games on the market to date, many players have not yet considered the company. A look at the slot machines shows, however, that the work here is very conscientious and player-oriented. One of the main reasons why the developer’s slots largely disappear under the radar is the small number of games released so far.

The fact that Push Gaming games can compete with the competition is demonstrated by the exciting features of the individual slots, the high-profit potential, and, last but not least, the beautiful design of the symbols and the constantly appearing animations.

It’s never wrong to take a look at unknown slot machines in demo mode before using real money. This makes it easy to find out whether the slot suits you.

A free demo mode can be easily found on the web. Also, these slots can also be tested free of charge in various online casinos. You can find the developer’s slots in some large online casinos. It’s worth looking for Push Gaming in the search field and taking a look at the different games.

Return to Player (RTP) is a term from the field of casinos and describes the payout ratio in percent. The value shows the players the possible odds of winning a slot machine game.

A slot game has an RTP of 97%, which means that 97% of the money wagered is returned to the player. At the same time, this means that the provider has a house edge of 3%. For example, if you play with a budget of € 100, € 97 will go back to the player. The provider earns an average of 3% per game or spins over the long term. Such conversions are particularly useful for systematic gamers, as this enables the bankroll to be used in a targeted manner. Slot machines with high RTP bring a lower loss in the long term.

Who is behind Push Gaming?

Push Gaming is a dynamic and young development team from all over Europe. The company was founded in 2010 and is headquartered in London. Another branch is located in Malta. In 2012 the first online gaming machines appeared. These are aimed primarily at players who play mainly on the mobile phone and enjoy innovatively and graphically freshly prepared online slots, which also contain many exciting features and bonus games.

The Push Gaming machines are licensed by regulators in Alderney and Malta and are offered in many online casinos under the Quickfire label, but also as Microgaming games. Elk Studios usually also offers these games.

Push gaming slots are designed from the start to play on smartphones or tablets and are optimized for small displays on mobile devices. No app has to be downloaded to start playing on the go. All games run as a browser game on the mobile website of the online casinos. The loading times are short and the gameplay smooth, even with demanding video animations or 3D effects.

Similar to Thunderkick, Push Gaming relies on high-quality graphics and sounds. The animations are atypically detailed and offer an additional uniqueness factor. A special feature of the mobile play is that they automatically adapt to the mobile phone position, for example in portrait format.

Push gaming machines are a real asset in online casinos. They come with many fresh and elaborately programmed video sequences, 3D effects, and crystal-clear colors, which also come into their own on mobile cell phone displays. In many cases, several hundreds of paylines are available, and, in addition, exciting features and profitable bonus games with interactive game elements are offered.

So far, so good. However, the games would only compete with other game developers. The exceptional thing about Push gaming games is that they go one step further. Everyone who has played on the cell phone knows that it is not easy to hold the cell phone sideways and to control the game while playing on the go, especially because it is played with two hands.

The innovations in the games of Push Gaming can be seen in the fact that many slots can also be played in portrait format and thus with one hand. The format of the game automatically adapts to the attitude of the mobile phone. This is a significant relief because such a hand remains free for other things.

In addition, push gaming offers completely new game concepts apart from the classic reel game. Some games are more reminiscent of a building or strategy game like Farmerama or the Settlers, rather than classic online slots. So there are several game levels. This encourages players to continue playing and to return to the game regularly.

Scatters casino
4.6 rating
Welcome Offer €25 Risk Free First Deposit
Wager Free Bonus!
Visit Casino
T&Cs Apply
This offer entitles you to a refund for any losses related to your first deposit. If you double your money during the first 24 hours you are not eligible for the offer. Details About Bonus Terms And Conditions You Will find In Offer's Description. T&C Apply

BitCasino
3.4 rating
Welcome To One Of The Best Loyalty CLub

Invite Your Friends And Get Up To ‎€250 Worth Bonuses